The European Red (Fire) Ant (Myrmica rubra), an invasive species in the state of Maine, can commonly be found throughout the northeastern United States. The first confirmed reports of fire ants in Maine occurred in the late 1980s. Since that time, complaints have increased steadily as fire ants have developed a stronger foothold within the state.

A majority of the initial infestations occurred in Maine’s more temperate southern coastal areas, however, humans have increased the fire ant’s dispersal inland through the transportation of infested soil, mulch, and potted plants. Fire ant’s posses shiny reddish-brown body coloration and relatively diminutive size (less than a ¼ inch), allowing them to be easily distinguished from other ants native to the state of Maine.

Fire ant nests tend to be difficult to locate and identify, as they do not construct “mounded” nests like many ant species common to Maine. Fire ants usually inhabit areas that stay relatively moist, such as the shade of shrubs, rocks, or decaying logs. When unsuspecting humans and animals disrupt nests, the fire ants deliver a painful sting capable of triggering severe allergic reactions, which in some cases has lead to death. Not only a danger to man and beast, fire ants have been know to cause a drastic decrease in the biodiversity of other insects in infected areas.

While long-term studies have not been conducted as to the exact impact this will have on an ecosystem, natural science dictates that anytime one species overwhelms all others, trouble will ensue. Thoroughly inspecting soils and destroying colonies if fire ants are detected can help control the spread of fire ants. Reduction of humid or moist areas around yards will also discourage fire ants from building colonies in close proximity to dwellings.

Fire ants have become yet another new invasive species that Maine’s people need to learn how to combat and control.

Wildlife Quiz Answers:
1. Fire ants are an invasive species.
2. The first confirmed infestation of fire ants occurred in Maine in the 1980s.
3. Humans have aided the distribution of fire ants through transportation of infested soil.
4. Fire ants have a reddish-brow coloration.
5. Fire ants are relatively small compared to other ant species with a body length less than a ¼ inch.
6. No, fire ants do not construct mounded nests like other ants?
7. Yes, fire ants are capable of delivering a powerful sting.
8. Yes, fire ants can be controlled by stopping the transport of infected soils and decreasing humid or moist locations around yards and buildings.
Posted by Rabid Outdoorsman at 8/18/2014 No comments: 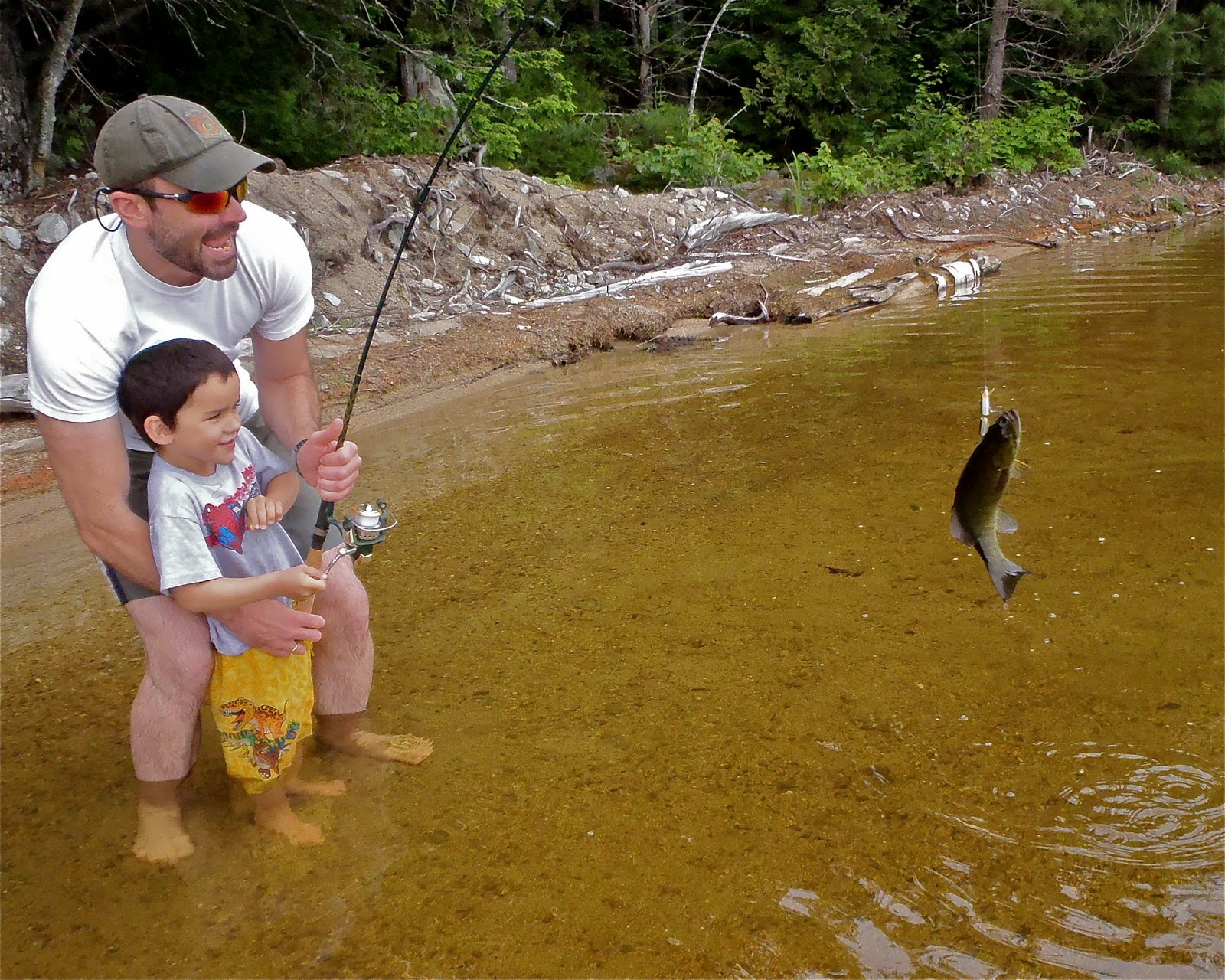 Easily described as one of the most serene campgrounds in the state, Lower Sabao Lake campground (Delorme’s The Maine Atlas and Gazetteer (MAG), Map 35, E-1) provides visitors with the perfect rugged wilderness experience while also providing access to basic amenities.

While the campsite does not have water for drinking, flush toilets or showers it does however have two outhouses and fire rings and picnic tables at each of its well-maintained tent and RV sites.

All sites are shaded by towering red pines that sing when the wind blows through them. A spacious white sand beach beckons sun worshipers and a gentle grade from the beach and into the water, makes it perfect swimming for young children.

Lower Sabao Lake campground is accessible over the Sabao Road, which leaves Rt.9 (the "Airline") in Township 30 (Map 25, A-2). A 10-mile drive along some fairly rough dirt roads, filled with potholes, washouts, curious moose and speeding ATV riders, add hazards so drivers should exercise caution and drive slowly to prevent accidents. 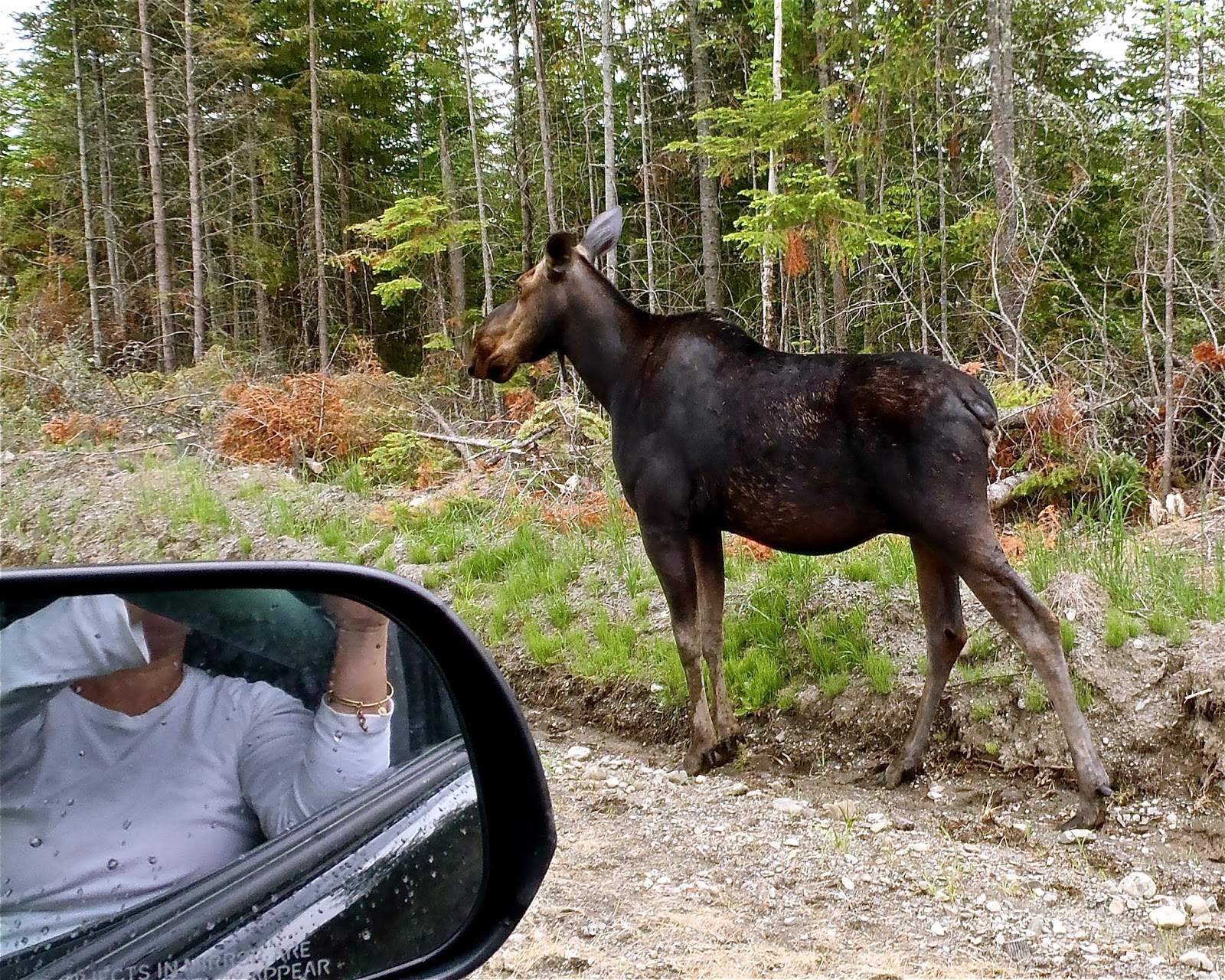 Lower Sabao Lake campground has tent/RV sites but no hook ups for electricity or water. Costs are $20 for the first night stay and $10 per night after that. A primetime Friday/Saturday night stay is $45. For reservations, please contact Lois Keenan (546-3828) or for additional information Arthur Keenan (664-3198). Lois and Arthur also maintain the Deer Lake (Map 34, E-5) and Cranberry Lake (Map 35, E-2) campgrounds. All three campgrounds are open Memorial Day and close when the snow flies.

Lower Sabao Lake At 755 acres, the waters of Lower Sabao Lake provide anglers with a multitude of opportunities to fish for white perch and chain pickerel. Though the lake is listed on the IF&W website as containing brook trout, the chances of catching one in the lake is slim. Anglers looking to catch trout would be better served to exit the lake via the west branch of the Machias River and paddle the short distance to some excellent locations to catch finicky summer trout. White perch anglers prefer fishing at the end of August and into the beginning of September when the mosquitoes are on the way out and the catch rate creeps to a level slightly above average. Anglers who bring along a small fry pan and oil will be richly rewarded with a meal of succulent white perch, caught with minimal effort. Two small islands with exquisite sand beaches make opportunities for a picnic or stretch ones legs on a “private” beach an easy proposition. 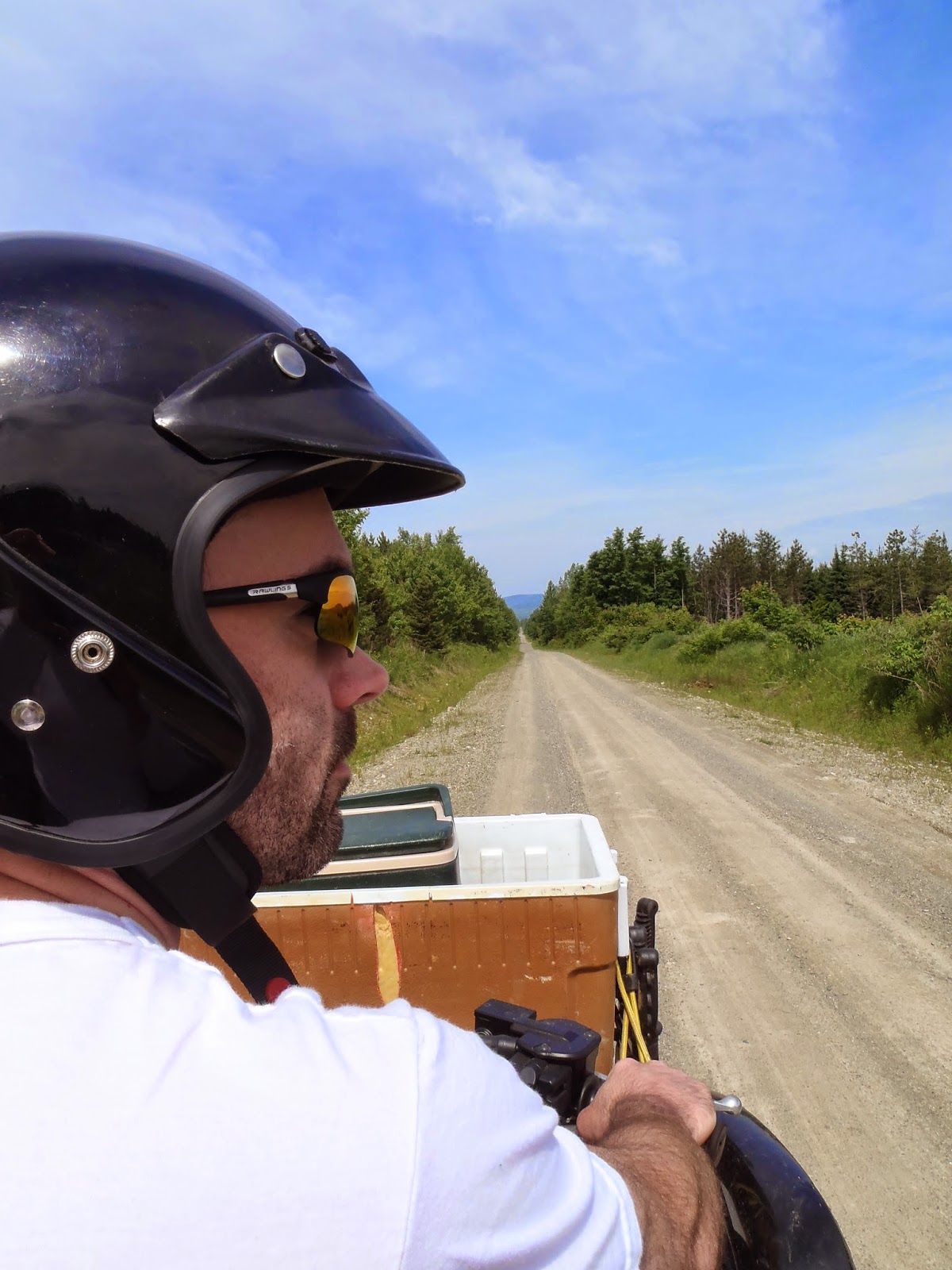 Nature watchers will enjoy plenty of opportunities for moose spotting in the early morning or evening by quietly paddling and maintaining a watchful eye on the shoreline. Moose feeding in the lakes shallow waters regularly provide campers with brilliant photographic opportunities. Additional moose watching opportunities exist by following the west branch of the Machias River out of the lake. Intrepid adventures will pass by nesting bald eagles and loons and to a small meadow perfect for observing evening moose.

Access to the lake is possible via a very good boat launch for tailored boats or canoes and kayaks right from the campgrounds beach.

ATV riders can access the largest ATV trail system East of the Mississippi. Comprised of the Sunrise Trail system (North of Route 9) and the Downeast Sunrise trail system (South of Route 9) it contains over 800 miles of approved trails. Day trips from Sabao Lake campground to Grand Lake Stream, Nicataous Lake, or the blueberry barrens near Cherryfield all present fun possibilities.

During the weekend of July 26-27, 2014 ATV riders staying at Sabao should take the short ATV ride to Grand Lake Stream and attend the Grand Lake Stream Folk Art Festival (10:00 am - 5:00 pm). This very fun and well-attended event boasting over 60 folk art vendors and playing host to music performances and many different cultural exhibits. With so much to do, there is sure to be something to interest all ages!

By late summer, the ATV trails have gotten very dry and ATV riders will find that goggles and a dust mask are mandatory to ensure everyone has a fun experience. Also make sure to bring along plenty of water and dry weather gear for all group members so that a fun day ATV riding continues to be bearable if the weather turns wet or an ATV becomes disabled.
Posted by Rabid Outdoorsman at 8/04/2014 1 comment: