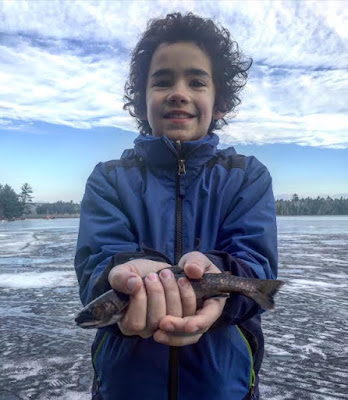 Ice anglers will do well this month to spend a couple hours preparing their ice fishing equipment for when the hard waters return to their favorite fishing spots. I suggest these must do items to ensure your ice fishing traps and equipment are in prime condition before the start of the ice fishing season.

All ducks, including sea ducks belong to the family Anatidae, more commonly known as waterfowl. Anatidae is comprised chiefly of aquatic birds having the physical characteristics of relatively heavy bodies, short legs, webbed feet, bill with toothlike ridges on the biting edges. The family also contains several different species of geese and swans.

Of the 150 species of waterfowl worldwide. Maine has 34 different species including 11 dabbling ducks, 13 diving ducks, 6 sea ducks, and 4 geese. The 6 species of sea ducks include the White Wing Scoter, Black Scoter, Surf Scoter, Long-Tailed Duck (previously known as Oldsquaw) and the Common Eider.

As the name implies, sea ducks are adapted to life at sea. With most spending a considerable portion of the year along our rocky coastline. Eiders even remain in our frigid waters during the winter. This is possible because Eiders have special adaptations for life in cold environments, such as thick fluffy down with supreme insulation properties and veins and arteries in their legs that warm the cold blood before it is returned to the body. In contrast to dabbling and even diving ducks, Sea Ducks must dive to great depths to find food in the deep ocean. Finding such food requires superb diving skills and sea ducks are among the most accomplished divers of all waterfowl, with some reportedly diving to depths of 180 feet. Sea ducks prefer animal foods to plant matter and feed on large invertebrates, including clams, mussels, shrimp, snails and small crabs.

Most sea ducks undergo an annual molt of their feathers between July and September, leaving them flightless for about one month. The birds try to conserve energy while they re-grow their feathers by seeking out safe zones well away from predators and man. Molting flocks should not be approached during this critical time as birds are already faced with significant energetic demands to grow new feathers. Researchers have documented that more than 95% of sea ducks may be predated in their first year, so it’s important to assist these birds as much as possible throughout the molting process. If able to successfully avoid exposure, starvation and predators, sea ducks have been reported living to more than 20 years of age. Sea duck populations appear to have declining worldwide and as such, biologists have been working on new guidelines to establish sustainable harvest strategies.