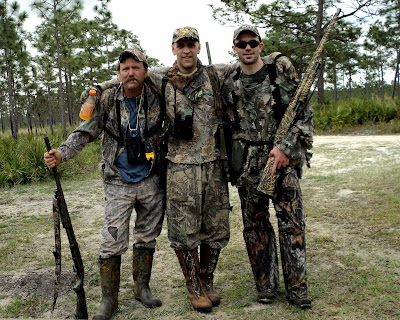 Here I am sitting on South West airlines flight 482 flying out of Orlando Florida and bound for Manchester New Hampshire. Having just completed a trip, three years in the planning, to hunt Osceola turkeys. There were several moments on this particular trip that were exciting, stressful and even potentially dangerous. Ultimately, however, all of these elements came together to form the adventure of a lifetime. 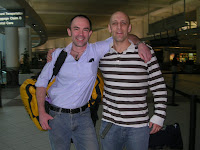 This story starts with a friendship that teeters on the edge of brotherhood and with an idea enriched with solid planning that eventually grew into reality. Paul and I first dreamed up the "idea" of this hunt, while sitting in a duck blind on an early October morning. At the time, we both realized that the chances on our dreams becoming reality were close to zero. Such a foreign idea, to actually believe that in a few short years we could potentially be in the Florida swamps chasing the elusive Osceola. 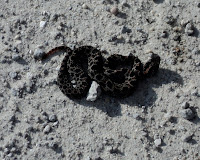 As the years rapidly flew by, Paul and I exchanged various pieces of literature, web sites, maps, etc. and I began to grow more and more excited that the hunt might actually occur. Perhaps one of the strangest conversations occurred at this time around Florida's extensive list of lethal snakes and assorted creepy crawlies. Paul a hater of all thing "snake", had advised me that I probably should pick-up some form of clothing or boots designed to protect my lower extremities against a potentially life threatening bite. As this conversation slowly sank into my conscious mind, I began to seriously wonder exactly what I had gotten myself into. A few weeks before the hunt, a package arrived from Cabela’s containing my new investments in turkey hunting “southern style”. I had to smile, as I pulled the “Snake Chaps” out of the box. Though at one time timber rattlesnakes made their home in Maine, long ago they evacuated these lands along with the Timber Wolf and Caribou. Hunting with lethal reptiles was and still is a strange concept to this “Yankee”. 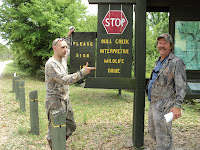 Bull Creek Wildlife Management Area sits well within the borders of Osceola county Florida and is the home of the elusive Osceola turkey. Of the 5 subspecies, the Osceola is perhaps the most difficult to hunt, typically a quiet bird, possessing keen eyesight and able to completely disappear in Florida's thick growths of Palmetto. To create more pressure on Paul and I, we were going to pursue these birds on public lands. This meant competing against hunters who were much more familiar with the hunting areas and the habits and habitat of this southern sub species of turkey. Even more chips were stacked against us as we were forced, due to work complications, to hunt the second week of the season in a year having one of the lowest turkey harvest since 1988. 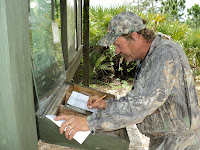 Our only gem of wisdom and assistance came in the form of a long time local and lifelong friend of Paul’s named Ronnie. Ronnie is the type of “southern gentleman” that anyone could take a liking to. His mud thick deep southern accent, friendly demeanor and ability to chain smoke cigars had me immediately impressed. Of course, the fact that he showed up at the airport with a cooler full of beer didn’t hurt to perpetuate his rock star status. In the weeks before our arrival, Ronnie had worked tirelessly to pattern birds in several WMAs and scouted likely intercepts to assist us in working birds. Without his pre-work, we would have wasted several days in just trying to work out the logistics.

To get the jump on the "locals" required starting earlier and walking into remote locations within the wildlife management areas to beat the crowds. This meant a 3-mile walk every morning in complete darkness through a maze of swamps, palmetto thickets, sugar sand, alligators, pygmy rattlesnakes, scorpions and other hazards. This journey was made even more interesting, by a noontime return trip with temps ranging from 80-90 degrees Fahrenheit and high humidity that had these two northern boys, fresh off winter, struggling to maintain their composure. By the end of the adventure, Paul and I would both succumb to the introductory effects of heat exhaustion. It was such an odd feeling to experience; with us being much more familiar with COLD related injury and illness rather than HEAT. 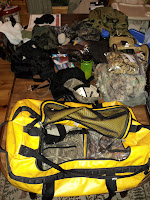 Packing for a trip of this magnitude, with so many unknown variables, ultimately ended up with the accumulation of way too much stuff! Easily the best investment in gear was comprises of snake chaps, bug netting and bug spray. The swamps may not have beat the deep Maine wood in late spring for the number of black flies and mosquitoes BUT it was VERY close. In addition, we saw several pygmy rattlesnakes and other unidentifieds that simply slithered into the grass and disappeared leaving us wondering. 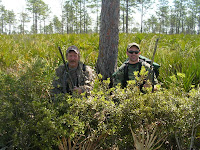 The line between public and private lands is CLEARLY identified. A 6 strand barbed wire fence separates the Bull Creek wildlife management area from the much less pressured Mormon properties. It was simple to see that the tom turkeys had also managed to identify this distinction. Setting up on these fence lines we on several occasions attempted to call birds off the private lands and into shooting range. Unfortunately, all that we managed were several hens and a jake that lacked any type of beard (and trust me we looked that bird over for an ½ hour!). It certainly was an act in frustration to hear birds gobbling all morning only to be unable pull them off their harem of hens.

Over the course of the 4 days, we tried several different hunting techniques including tag team calling, hunting separately, still hunting, spot and stalk and setting for hours at likely intersections. As with any hunting situation, the possibility of not managing to fill your tag is always a very likely possibility and this trip was no exception. By weeks end, neither Paul nor I were ever presented with an ethical shot opportunity.

As with any trip to strange locale, differing wildly from your own geographic location, there is a steep learning curve. Perhaps most valuable for next year would be this initial trip. So with all that we learned and experienced what would we do different next year?