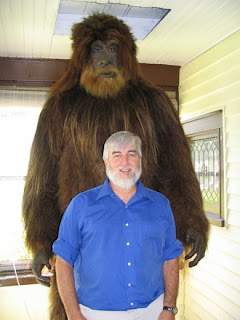 The state of Maine is comprised of approximately 35,387 square miles. Most of this land consists of rugged and unclaimed wilderness; with barely 10 percent of the state considered urban or “civilized”. The remaining ninety percent of the state is heavily forested and comprised of thousands of miles of spruce thickets, cedar swamps and endless expanses of impenetrable woods were a man could walk for weeks and never encounter any other sign of human existence. In fact, Maine was recently voted "Most Rural State".

Included within these vast expanses are twelve million unpopulated acres, in the northern most part of the state, so remote and undisturbed, that many areas still have not received proper naming conventions. There currently exist unorganized townships in Maine, only identifiable by numerical classifications. It is not uncommon, when exploring these remote sections of wilderness, to identify were you are by saying you are in *T3 R10. (*Standing for Township and Range).

Within this largely unexplored wilderness, scientists hypothesize that potentially hundreds of life forms exist that have yet to be identified. Though most of these unnamed species of flora and fauna are certain to be plants, insects or perhaps even a few small rodents, other professionals argue that something much larger, as yet undiscovered creature prowls in the dark Maine woods.

Throughout Maine’s past, many sighting have occurred, by a large number of individuals, describing having seen a creature that doesn’t easily fit into the standard confines of Maine flora and fauna. These people, many from well-respected professional level backgrounds, have reported seeing humanoid like creatures lurking in the Maine woods. All descriptions seem to coincide, depicting a large, hairy animal with “humanlike” characteristics and walking on two legs. Though given many names, including Ridge Monster, Durham Gorilla, Maine Mutant, Turner Beast, Greene Monster, Leeds Loki, ultimately what locals are depicting is the infamous missing link or more commonly named Bigfoot.

Over the years, many of these sightings have been categorized and cataloged on various websites, in an attempt to better understand the patterns and behaviors of these mysterious creatures. Dating back to the original sightings made in the early 1800’s and consistently reported up to present day, these reports provide valuable pieces to the puzzle.

By retrieving, compiling and mapping this online information, a pattern emerges and one can easily begin to determine the Maine counties with the highest concentrations of reported Bigfoot sightings. Through this review, it is not surprising to note that the areas of the state with the largest human population densities seem to enjoy the highest incidence of Bigfoot sightings. I conclude that this is likely because these areas have more people exploring the neighboring woods and therefore increased chances of an encounter. More remote and less populated areas of the state are likely to harbor Bigfoot type creatures but because of low population densities they are never seen. The classic, if a tree falls in the forest and nobody is around to hear it doesn’t make a sound! 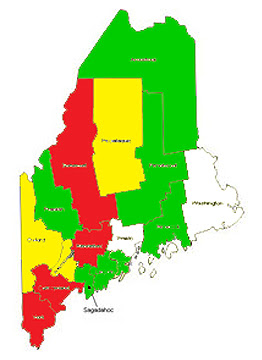 Tracking Maine’s Bigfoot is not a task for the faint hearted. Given the vast tracts of unpopulated wilderness that exist, cryptozoological explorers will want to be proficient with a map and compass and carry proper survival gear before venturing into the woods. Bigfoot explorers, interested in coming to Maine and tracking this elusive creature, are encouraged to drop me a comment on this post requesting additional information on specific areas to begin your search!

While visiting Maine, be sure to stop by and see the Cryptozoology Museum in Portland. It contains a large number of interesting Bigfoot artifacts and even boasts an 8 foot tall Bigfoot replica that is sure to impress. Please check the link provided above for times open and admission pricing.