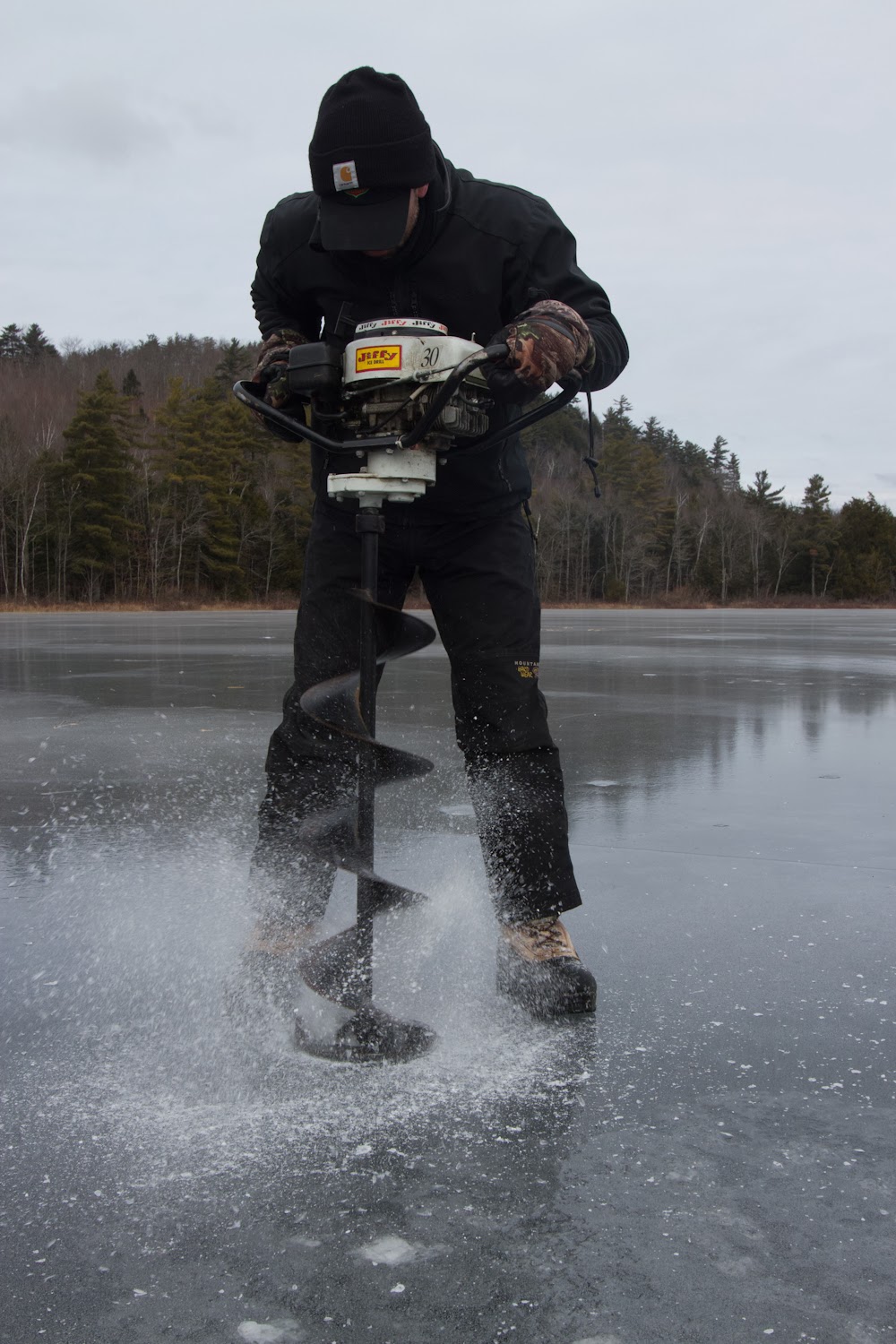 Brookies Through the Ice
The current trend in global temperatures indicates the ice on Maine’s waters is arriving later and departing earlier every year. In recent years, the beginning of January often marks the earliest many anglers develop enough confidence to venture out onto the ice. Though obvious care must be taken at all times of year, those critical times near the beginning and end of the ice fishing season mark times when the ice is notoriously unstable.

Pond edging choked with cattails and marsh grass; tend to attract much more thermal radiation, than clear ice, making crossing these areas dangerous even after long spells of below freezing temperatures. Ackley Pond (Delorme’s The Maine Atlas and Gazetteer (MAG), Map 27, C-1) located just outside of Culter, Maine and happens to be one of those fickle waters where extreme care must be taken, during the early season, when navigating the ice around the pond’s flora rich shoreline. Ackley Pond’s maximum depth is listed in the U.S. Geological Survey at being 15 feet and the entire pond covers an area of only about 7 acres. The small size of the pond makes it a relatively sheltered location and the perfect spot to spend the day when the hearty north winds are blowing their strongest. Ackley Pond contains a stocked brook trout population with a few “wild” specimens occasionally caught. Brook trout between 6-8 inches are common here, with 10-14 inch fish a possibility.

While the fishing isn’t non-stop, the pond does provide consistent action during ice fishing season and provides much entertainment for kids and those new to the sport of ice fishing. Ackley Pond is accessible via a woods road off of route 191 that ends in a small parking lot. A woods road leads from the parking lot to the small pond, making the pond just enough off the beaten path to provide dedicated anglers with little pressure from other ice fishermen. Anglers, who bring plastic sleds to assist in hauling gear, will find the short hike to the pond much easier and more enjoyable. 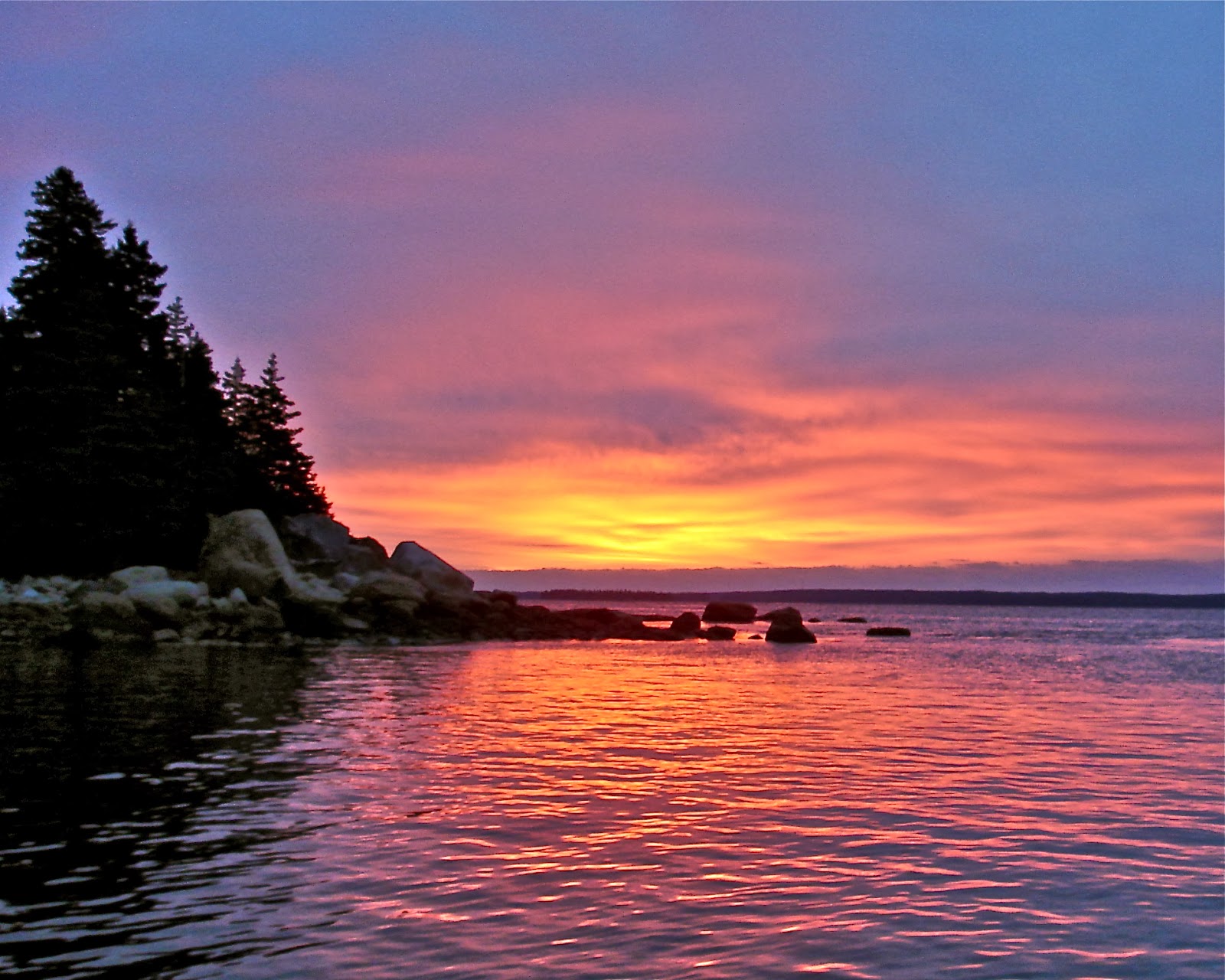 DownEast Sea Ducks
Most people would ponder at the intelligence of a man who excitedly awakes well before dawn, during the height of the Maine winter, with the expressed purpose of venturing out onto the unforgiving Atlantic Ocean to hunt “sea ducks”. While this at first may seem a fool’s errand, let me assure you that sea duck hunting is the quintessential water fowling experience, having no rival. Watching the first rays of the sun break over the waters of the Atlantic and seeing the first flocks of Eiders, White Winged Scoters and Long Tailed ducks pile into the decoys is only described as unforgettable.

January also has the distinction of being the time of the season that produces truly trophy level birds. Healthy adult specimens of every variety of sea ducks are now displaying full plumage and are prefect for hunters looking to have that mountable looking specimen to take to the taxidermist. 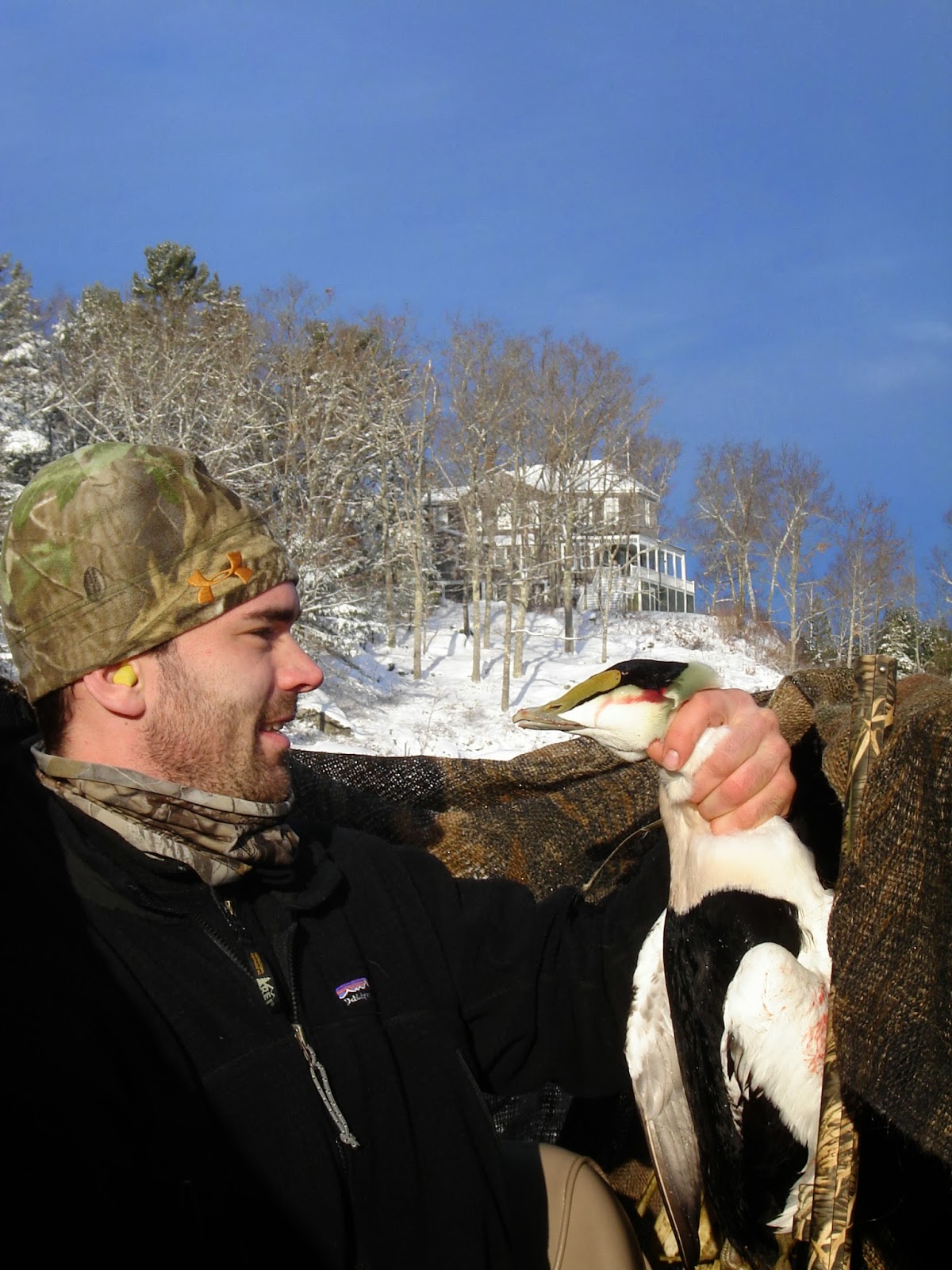 The ritual of sea duck hunting has many strange and bizarre initiations but none more interesting than a dog tired sea duck hunter attempting to make his way to the Atlantic without forgetting some crucial element. Over the years, I can tell you multiple stories of men brought to the edge of tears because they forgot firearms, shells, wet weather gear, their chewing tobacco or other crucial items. Years of waterfowl hunting, eventually hones these rookies into hard core “duckers”, men who through their skill, luck or possibly a combination of both, know how to operate with very little sleep and understand the importance of packing crucial items the night before. Having a waterproof pack or container is the only way that a sea duck hunter can even begin to expect that critical clothing and gear will be kept even partially dry during this unforgiving and often erratic part of the year. With daytime temps typically hovering in the low teens and furthered lowered by an unrelenting north wind, wet clothing can quickly create a fun day of hunting into a life threatening situation.

Those looking to attempt sea ducking should make sure that they first connect with a competent Maine guide or thoroughly explore and chart the areas they intend to hunt and during different tidal conditions. This is a dangerous time of year to be on the water and one must make absolutely sure that accidents do not occur. Having contingency plans in place and knowing and respecting the tides are paramount to success. Competent sea duck hunters with 16-18 foot deep v-hull boats, looking for an unguided adventure would be well served to check out Alley, Eastern Bay around Pig and Sheep Island, these areas are accessible from a well maintained boat launch on the northern end of Great Wass Island. (Delorme’s The Maine Atlas and Gazetteer (MAG), Map 26, E-1) 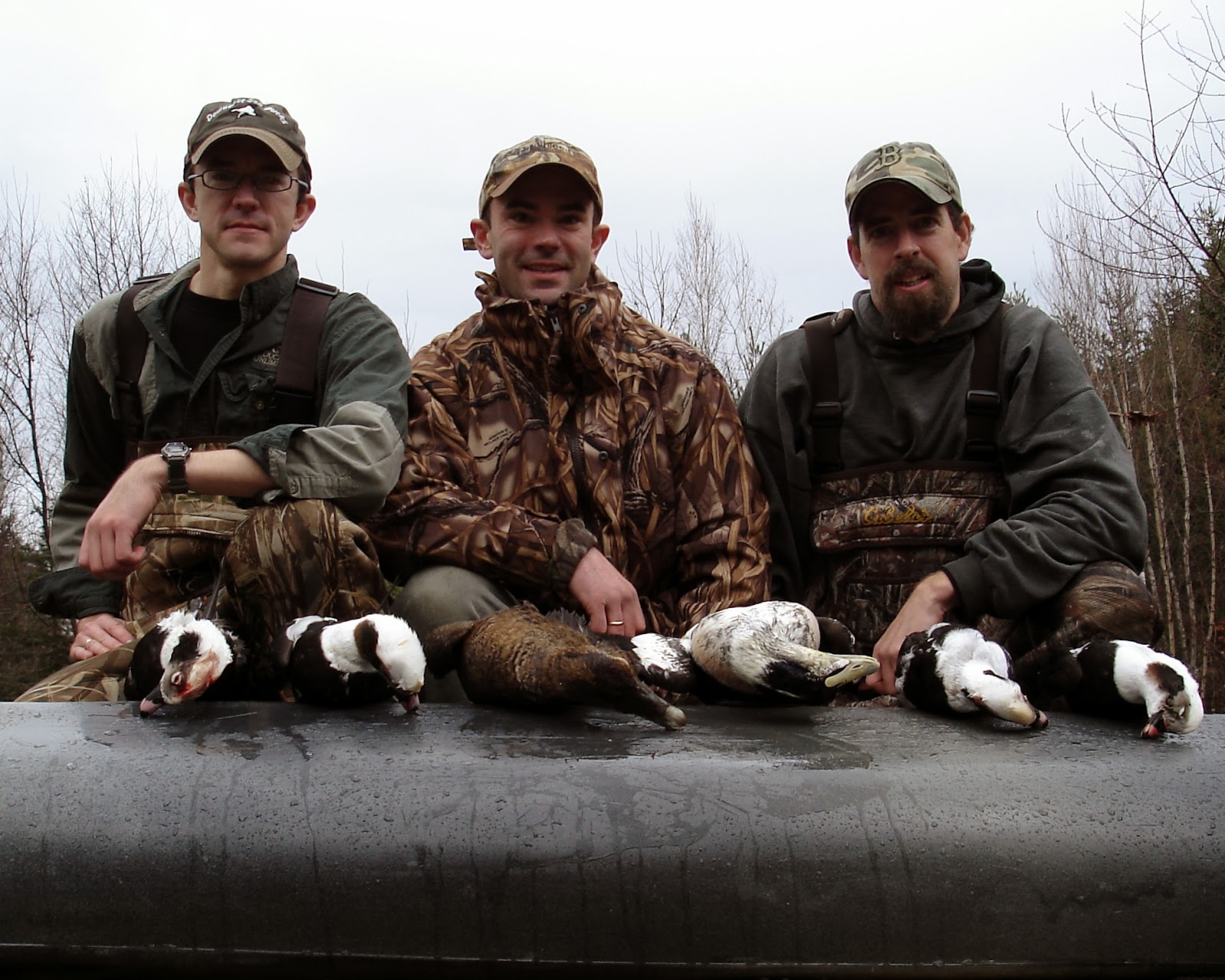 Hunters, please remember that this is a “working mans” public launch and right of way should be given at all times, to the men and women who call Great Wass and Beals Island home and fish the waters of the Atlantic for their livelihood. Sea Ducks hunting including the harvesting of Scoter, Eider, and Long-tailed Ducks runs from October 1, 2013 - January 31, 2014 the Daily limit bag limit is set at a maximum of 7 ducks, not to include more than 4 scoters or 4 eiders. The possession limit is set at a maximum of 21, not to include more than 12 scoters or 12 eiders. Additionally, Sea Duck Hunting Areas are defined as all coastal waters and all waters of rivers and streams seaward from the first upstream bridge. In all other areas, sea ducks may be taken only during the regular duck season dates and are part of the regular duck bag limits.
Posted by Rabid Outdoorsman at 1/01/2014