Electric Ice Augers, Cusk and Lake Whitefish through the Ice 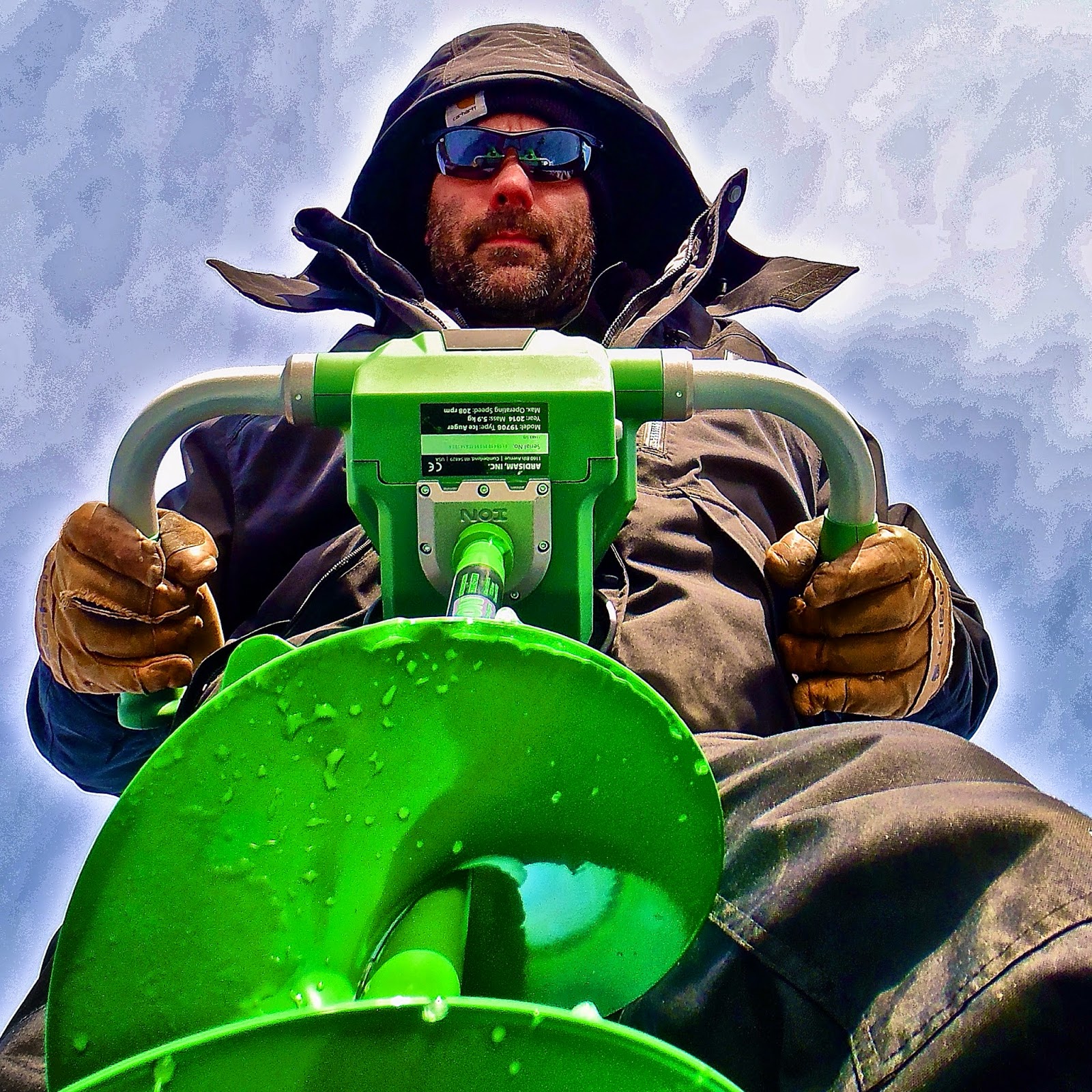 The Electric Ice Auger
After suffering a back injury, battling blizzards last December, I realized that if I wished to have any hope of continuing my passion for ice fishing, I needed to find a better way of hacking a hole through the ice. My old gas powered ice auger, had been a valuable workhorse, in my ice fishing arsenal, for over 20 years but its imposing back breaking heft and ability to shake the fillings out of my mouth had me searching for a more viable option.

A year ago, I would have scoffed at the prospects of an “electric” powered ice auger but the Ion Electric Ice Auger is an amazing piece of equipment. Powerful, fast and QUIET, the 8 inch ION will drill up to 40 holes through 2 feet of ice on a single charge. At just 22 pounds, the ION is just shy of half the weight of my old gas powered ice auger and boasts special blades that create smooth breakthroughs and no jarring stops. Add the ION’s ability to reverse its blade and flush slush down the hole and it’s plainly obvious that this auger should be on every anglers most wanted list.

Cusk Fishing
Now suitably equipped, why not try out your new ice auger on the hard waters, chasing the elusive and often underappreciated cusk. Although perhaps a less glamorous fish to pursue than the prized salmon and trout, these freshwater members of the codfish family are one of the finest freshwater fish to consume. Bearing an eel like resemblance and broad head with an enormous mouth, cusk have a strange appearance that has unfortunately caused many an ice fishermen to leave this odd looking fish on the ice for the scavengers.

Those individuals, who specifically fish for cusk, will profess that they having a delicious firm white meat and delicate flavor. Cusk are even sometimes described as the poor man’s lobster. Primarily nocturnal bottom-feeders, cusk are rarely caught during the day by ice fishermen, further adding to their misunderstood nature.

By the end of February, however, cusk begin leaving their deep-water hideaways to spawn leaving them decidedly more vulnerable to anglers. At this time, cusk can readily be taken during the early morning or late afternoon, near dawn and dusk. Cusk can be jigged quite easily using lake trout lures (Silver Leadfish or Swedish Pimples) or phosphorescent light emitting jigs, sweetened with chunks of sucker, minnow or shiner. Since cusk locate food by smell, for increased success crush the bait slightly to allow the oils to better disperse in the water. After dropping your jig on bottom, slowly lift the lure and bait up to 6 to 10 inches and let it drop to bottom again. Cusk will normally grab the bait as it sits motionless on bottom, just before the upward stroke.

Maine fisheries biologists report that Maine cusk average 18 inches and 24 ounces in their eight year of growth, 20 inches and 32 ounces in their tenth year, and 24 inches and 62 ounces in their thirteenth year. The largest angler-caught cusk recorded in Maine was 18 pounds 8 ounces. Well-known cusk fishing lakes in Washington County include: East Grand, West Grand, Pocumpus and East Musquash. Outside of Down East, healthy cusk populations exist in Sebago, Chesuncook, Pemadumcook, Brassua, Spencer and Musquacook. 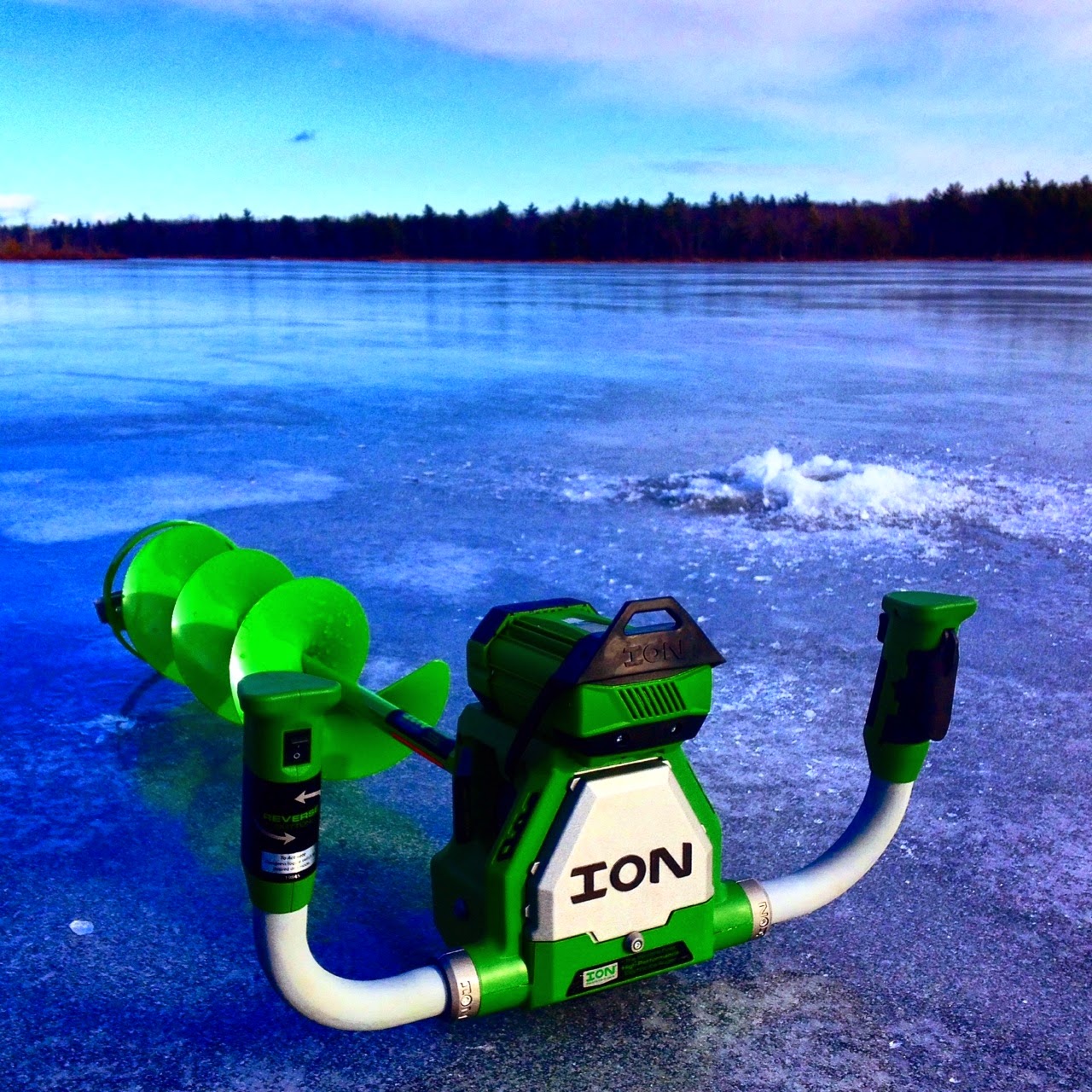 Another savory fish that frequently takes a backseat to the trout and salmon is the whitefish. Lake whitefish normally grow 14-20 inches long and weigh 1-3 pounds. One look at the silvery white sides and bellies of these fish and it is easy to see from where their name “white” fish is derived. Many anglers catch whitefish by accident while targeting other species like lake trout.

While these two species share the same deep, oxygen-rich waters, whitefish congregate in large schools and aren’t “slope-oriented”, tending to instead prefer “flats”. For anglers, this means that by carefully drilling holes in the right locations and using the correct lures and presentations whitefish can be specifically and successfully targeted.

Whitefish prefer depths in the 40 to 60-foot range. While whitefish are bottom dwellers, feeding primarily on larvae found in the lakes muddy substrate, they will frequently strike lures jigged well above where they are schooling. It therefore pays to begin your jigging well above where fish are congregating on the bottom and work the jig in slowly. Proper jigging technique for whitefish is critical, start by pointing the rod tip toward the hole, then slowly lift, pause, let the lure fall under controlled slack, pause, gently shake the lure, pause again, then repeat the entire sequence. Popular jig include the diminutive half ounce C60 Williams Whitefish Spoon and the #6 Swedish Pimple. Both lures can me made more attractive by adding a small piece of florescent glow tape that can be periodically recharged by anglers with a small flashlight. Whitefish have keen senses of smell and taste, so jigs should always be tipped with a small piece of shiner.

Maine ice anglers will frequently have an old wrench or other heavy instrument on a long piece of fishing line that is typically used to stir up the mud on the lake bottom. This simple trick simulates a school of whitefish feeding and will sometimes whip a group of whities into a feeding frenzy. Every February, a large village of ice fishing shacks appears in Junior Bay on West Grand Lake, as dozens of anglers vie to chase whitefish. Those interested in trying their luck fishing for “whities” would be well served to follow the lead of these long time angling experts.
Posted by Rabid Outdoorsman at 2/01/2015