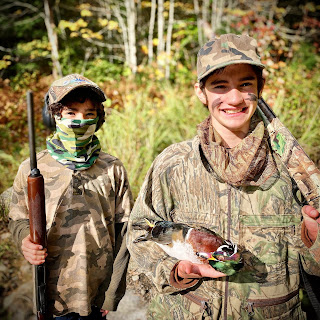 The Duck Hunting Fiasco of 2019
With early goose season starting this month and duck hunting right around the corner, I am reminded of my duck hunting fiasco of 2019. I suppose, more accurately, I should say the NON-duck hunting fiasco of 2019.
October 2019 marked my first missed opening day of duck hunting in 20 years. The reason for my non-participation wasn’t sickness, lack of motivation, foul weather or any other of the standard reasons a typical sportsman might encounter to force such a dire circumstance. No, I didn’t go hunting because I didn’t have the required federal migratory waterfowl stamp. Now of course, here come the story. . .
Two days before the waterfowl opener, I realize that I had forgotten to purchase my waterfowl stamp from my local post office. While this is a task that I typically accomplished much, much earlier, the demands of job, a dog and a family sometimes force me to push to the back burner tasks that aren’t critical till they become critical. Well, after visiting four local post offices and calling two others, I realized that things had suddenly become critical. Time and time again, I was given the same story, every postal office was sold out of stamps and none knew even when a new supply of stamps would arrive. Discouraged, I simply didn’t go hunting and didn’t bother to check back in for the remainder of the season. 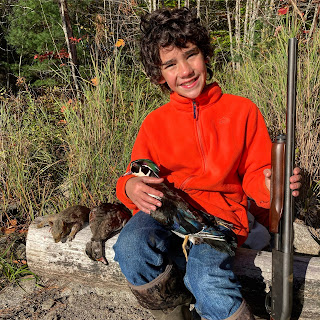 Weeks after the end of the 2019 duck hunting season I was talking about the entire fiasco with a (much younger) hunting friend and he asked why I didn’t go online to purchase my waterfowl stamp?? I’m guessing that by the dumbfounded look on my face he could immediately see that I was noticeably confused, so he elaborated. Pulling out his fancy phone, he “Googled”, “migratory waterfowl stamp” and several links immediately appeared where stamps can be purchased online. Hunters can simply print off proof of payment or save it to their phone and voila, instant waterfowl stamp! In my sheer state of absolute disbelief, I wove a web of obscenities that likely still hangs like a dark cloud over the north end of Messalonskee Lake. What gets me most about this entire ordeal, is that in contacting 6 different postal offices, not ONE postal worker knew enough to help direct me to this online service. In a day and age where nationally we are trying to attract youth into our outdoor traditions and retain the hunters we currently have, it seems to me these individuals need to be better educated in their own internal processes.

This October will be the first season of duck hunting for my new Labrador retriever, Bella. Bella is my second dog, my first being Onyx who survived 15 great hunting seasons, before finally succumbing to an aggressive form of nasal cancer. After Onyx passed, I swore that I would never get another dog, the heartache had been too great, watching her sicken and finally needing to be euthanized. Time, however, heals all wounds and after a few months, I was on the phone with our breeder asking when the next litter would be available. I’m a dog person, my wife’s a dog person and my kids are dog people, being without a dog feels like some critical component of life is missing.

Training Bella has been fun, frustrating, easy and difficult. There has been good, there has been bad. I’ve had days where I felt like a complete failure as a dog trainer and other days when I felt we could compete at Westminster. This month will be the litmus test to all the time and effort we have spent together training and I can’t wait for the day she brings that first duck to hand.

Dogs teach sportsmen patience and unconditional love . . . even when they chew a hole through your brand new waders, it is still no wonder why through the ages, the dog has been and always will be, man’s best friend. 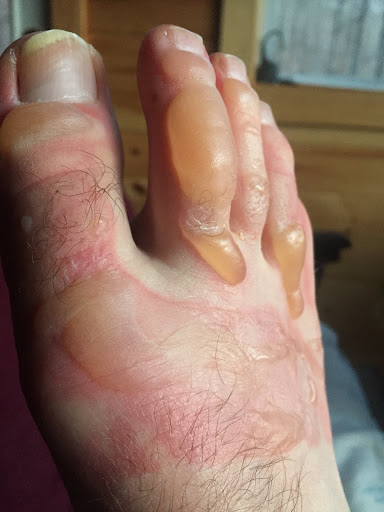 Hunting Accidents
Last November, at our annual deer camp, I was at camp busily preparing a feast for the guys, who I knew would be ravenous after a long day in the woods. As I prepared to transfer a boiling pot of moose stew from the stove top to the crockpot, the entire cauldron of scorching hot fluid slipped out of my gloved hands and spilled all down the front of my pants. At first, the shock of what had happened had me temporarily paralyzed and all I could think was, “Damn! I just ruined a perfectly good pot of stew”! Seconds later, however, the pain hit and I realized that I had done some real damage.
A few friends were fortunately already at camp and I was ordered to immediately remove my pants and socks. Fumbling to remove them, I then sat down and was provided wet towels to place over my legs and feet. It is likely the quick action of my buddies that assured even more harm did not befall me. Over the next few hours, my legs and feet turned red and the skin on my right foot started to peel away. Though the pain in my foot was intense, the actual damage appeared minor. After soaking my foot for about an hour, the pain seemed to subside and I put on a loose fitting pair of slippers and proceeded to carry on for the remainder of the evening like everything was fine.

Awakening the next morning, I felt an odd sensation in my right foot, it felt as though it was badly swollen. Swinging my foot out from beneath the covers, I was a little shocked at the amount and size of the blisters that had formed overnight. Showing my friends and family, I was instructed to go immediately to the hospital. At first I refused, but after a few hours of hobbling around, I decided that maybe they were right. At Urgent Care, I was told I had suffered second and potentially third degree burns on my right foot. My foot was swabbed in sanitizing ointment, bandaged and I was instructed to keep it extremely clean. Despite doctor’s orders, I still woke up early the next morning, crammed my badly swollen foot into a boot and helped my friend Dave haul his deer out . . . I’m a horrible patient.

So what does all this have to do with hunting, everything! After the accident, I began thinking of how inadequate my first aid kit was at camp, how I needed to make sure to use my safety harness each and every time I climb into a deer stand and I even ordered a wound sealing powder called Celox, a product designed to stop bleeding almost immediately if a person suffers a traumatic injury. The life lesson here, is the same as it was when I was in the scouts, always be prepared!