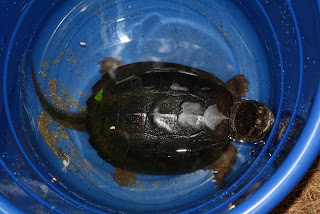 We Americans are for the most part a truly odd bunch. A large percentage of us have determined that the consumption of anything not on a refrigerated grocery store shelf, resting comfortably on a bed of Styrofoam and double wrapped in plastic, is unfit for human consumption. Travel to most other countries in this world or watch an episode of “Bizarre Foods” and your mindset will quickly come to realize that many cultures on this planet have a much more open view of consumables.

Now, this isn’t to say that pockets of hardcore outdoorsmen, are not scattered throughout the United States, willing to eat just about anything. I have watched sportsmen eat raccoon, porcupine and squirrel, as well as much “wilder” game like alligator, snake, kangaroo, wild hog and camel. While these animals may seem wild to some, they are to a dedicated few considered normal everyday delicacies.

With sufficient arm-twisting, many individuals can be pried out of their comfort zones and convinced to try a small morsel of the above mentioned game animals. Where the problem exists and the line few will negotiate is the eating of organ meats such as lung, stomach, intestines, tongue and even the magnificent tasting heat and liver.

As a challenge, I encourage readers to be more open to trying new and exotic foodstuffs. In the end, you may just be pleasantly surprised.

This long introduction leads me to my latest outdoor adventure the trapping, cleaning and the eating of a snapping turtle. Yes, you head that right, one of those scary looking dinosaurs of the depths, that you may have seen a time or two during your visits to some of Maine’s lakes, ponds and rivers.

The Plan Forms
The adventure all started approximately a year ago, with a whiskey fueled late night discussion on how one would actually go about trapping, cleaning, preparing and lastly preserving the shell of a snapping turtle. With all of the unknowns and the added possibility of an unscheduled finger amputation, this escapade had all the important elements for potentially a truly great time.

Arriving “Upta Camp”, armed with the necessary gear for trapping a massive snapper, we were greatly encouraged by several sightings on the first evening. We watched with much anticipation, as two large prehistoric heads protruded out of the lake, as the turtles began their nightly ritual of searching for food. Looking at my meager fishing tackle, consisting of a handful of large octopus hooks and 45-pound test steel leader, I debated if my limited gear stood a chance of holding such a hefty and powerful amphibian.

In all honestly, my brother and I believed our chances, at actually catching one of these beasts, were close to zero. Baiting the hooks with chicken necks and securing the rigging, first to an empty bleach bottle bobber and secondly to a sizeable fishing pole, I began chuckling at the thought that our lines might actually be effective.