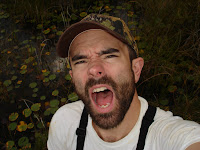 Yes, folks this is the face of a man at the end of his wits and buried up to his armpits in a swampy foul smelling marsh death trap. You may wonder how I allowed myself to come to this unfortunate end point and let me tell you that my near death experience was not in vain. Like all good hunters I was simply practicing the fine art of "scouting". On this particular outing I was checking out a particularly promising marsh that had me "ducking" (Pardon the waterfowl humor) in the canoe to avoid being hit in the head with fleeing Wood Ducks. Upon finding a great set-up point deep in the marsh I was more than a bit disappointed that our recent high rainfall had severely flooded an otherwise perfect hunting location. 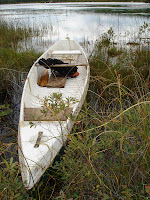 Despite my better judgement (a common error I make quite frequently) I decided to "go for it" and upon setting foot out of the canoe was immediately up to my armpits and wishing that I had decided to put on my life jacket. With considerable effort I managed to pull myself free and noted that I had stepped square into a bottomless murky hole in the marsh mud. One step to either side and I would have remained dry and avoided the near death experience. Well, after scraping off the foul smelling stench of death I managed to construct a rough blind using old decking planks and some of the surrounding flora. While not an optimal location it should allow me to at least get to the woodies and only time will tell if my scouting pays dividends.

Oh, I almost forgot take a look at these shots of pitcher plants I saw in the marsh! 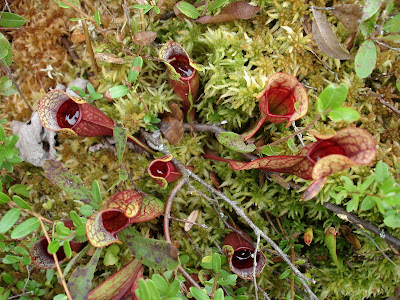 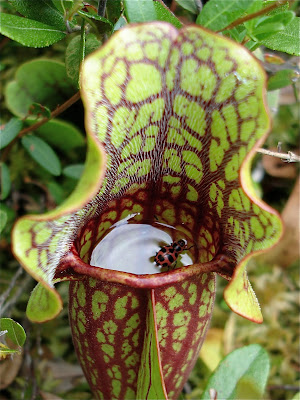